OTP Bank uses "cookies" to provide you better experience when browsing the website, through improvement and optimization of existing functions and analytics.

Meet the management team of OTP banka, a team that, with its experience and expertise, strives to provide you with a secure financial future and easier business. 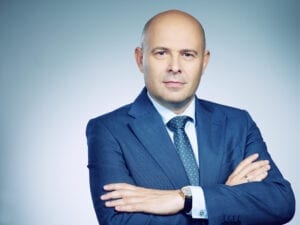 Predrag Mihajlovic graduated from the Faculty of Economics in Subotica,  University of Novi Sad and he finished postgraduate studies at Grenoble Ecole de Management University in France and gained title Doctor of Business Administration. He started his rich career in AY bank Ltd. as F/X Dealer. From 1995 to 2003 he was employed in Vojvodjanska banka on following positions: Associate for Business Arrangements, Head of Euro Project Team, Director for Financial Institutions. From 2003 until the end of 2008, he worked at Komercijalna Banka as Special Advisor to the President of the Bank and Deputy President of the Bank’s Executive Board with responsibility for four sectors: Economy, Retail, Marketing and New Product Development and Investment Banking. Mr Mihajlovic was appointed as Governor of the American Chamber of Commerce for two terms, as well as President of the Board of Directors of NALED. In 2013, he moved to Credy Bank as President of the Executive Board, and between 2014 and 2016 he was on the position of Director of Financial Advisory Services for the Baker Tilly House of the Western Balkans. During 2016, he was Head of Corporate Banking at VTB Bank. The following year, he joined the OTP Group as President of the Executive Board of OTP Bank Serbia a.d. Novi Sad and in December he was appointed as President of the Executive Board / CEO of Vojvodjanska banka a.d. Novi Sad, where he stayed after the integration of OTP and Vojvodjanska banka. Being the elected CEO, he was the Sponsor of two integration projects of banks operating in Serbia within OTP Group. Since October 2018, Predrag Mihajlovic is President of the Board of Directors of the Association of Serbian Banks with a four-year term. He is also Vice President of the Responsible Business Forum and a member of the Presidency of the Serbian Economists Association. 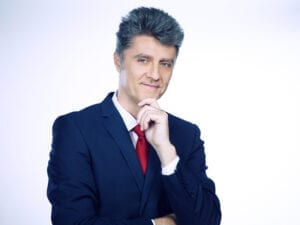 Predrag Vasic graduated from the Faculty of Economics in Subotica, University of Novi Sad. He began his professional career in 1995 as a Programmer at M&I Systems. In September 1997, he was employed by Kulska Banka, which, upon completion of the integration process in May 2007, became OTP Bank Serbia. His career includes significant experience in IT development, with specific competencies for the development of banking IT systems, but also experience in the field of IT operations, internal services, logistics and operations. From 2007 to 2014, he was the Director of the Directorate for IT Development at OTP Bank Serbia, where he was primarily responsible for the internal development, maintenance and support of Bank’s information system functioning. In 2014, he was appointed Director of the IT Logistics Division, and from 2016 he became a Member of the Executive Board in OTP Bank Serbia. During the integration of OTP banka Srbija a.d. Novi Sad and Vojvodjanska banka a.d. Novi Sad , he was the President of the Executive Board of OTP banka Srbija a.d. Novi Sad. Predrag Vasic led the merger process of two IT systems during the two integration projects of banks operating in Serbia within OTP Group, whereas he was a Member of the Executive Board in charge of IT and Operations, and afterword President of the Executive Board of Vojvodjanska banka. 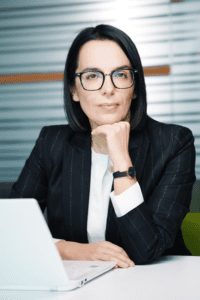 Marija Popovic graduated from the Faculty of Economics in Belgrade, majoring in banking. She began her professional career in Societe Generale Bank in 2001 as Back Office Transfer Officer. She continued her career as Corporate Relationship Officer, than as Assistant Manager, Corporate Network Coordinator, Key Account Manager, and as of February 2016 MID Segment Department Manager. In September 2016 Marija Popović became an Executive Corporate Director and in December 2017 Member of the Executive Board for Corporate, under whose leadership market share was increased and corporate business further developed, including financial markets, GTB and factoring. In the process of being taken over by the OTP Group, she was President of the Executive Board / CEO of Societe Generale Bank 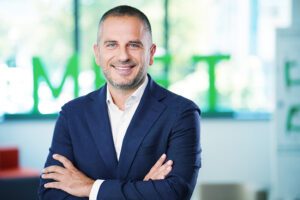 Vuk Kosovac graduated from the Faculty of Organizational Sciences in Belgrade, majoring in information systems. He began his career at Societe Generale Bank in 2004 as Specialist in the Project and Organization Department. Soon, he became Manager of this department and remained on that position until 2008. He gained international experience from 2008 to 2011 while working in the Societe Generale Bank Head office in Paris as a Senior Consultant, where he played an important role in various SG entity development and improvement projects through the introduction of new IT tools, participation in due diligence processes, as well as in Rosbank integration. Returning to Serbia, he overtook the position of Strategy and Marketing Director, and in 2012 was appointed as the Executive Marketing Director. In May 2018 he was promoted to Member of the Executive Board for Retail. Under Vuk’s leadership, many innovations were introduced at Societe Generale Bank in the direction of business modernization and digital transformation. 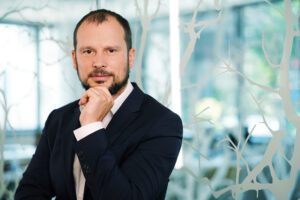 Balázs Balogh graduated from the Budapest University of Economic Sciences at Finance major (Master of Science) with an inter-state scholarship at the Maastricht University in the Netherlands. He started his professional career as a corporate client relationship manager at the Hungarian Development Bank. In 2004 he joined OTP Bank Hungary where he held various positions at the Project Financing and Acquisitions Directorate throughout the years (Senior project manager, Head of unit). Four years later he became Head of General department/Director at the Project Financing Directorate, responsible for energy, infrastructure, telecommunications and industrial project financing in all countries of the Group. His international career started at the end of 2012 when he was appointed to the Chief Risk Officer and Executive Board Member position at Crnogorska Komercijalna Banka, Montenegro. In 2017 he moved to Croatia to join the integration project at its preparatory phase. He became the Chief Risk Officer and Management Board member at Splitska Banka being also in charge of the risk management integration of OTP Banka Hrvatska and Splitska Banka. Balázs Balogh was appointed as Chief Risk Officer and Member of the Executive Board of Vojvodjanska banka in charge of Risk Management in July 2018. In that position, he managed the process of integration of the two banks (OTP Banka Srbija a.d. Novi Sad and Vojvodjanska banka a.d. Novi Sad). He is also a Member of the Executive Board in charge of Risk management since the legal merger of OTP banka Srbija a.d. Novi Sad and Vojvodjanska banka a.d. Novi Sad. From mid 2020, he holds the position of the

Member of the Executive Board in charge of Risk management in OTP banka Srbija a.d. Beograd. 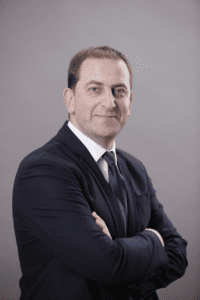 Branimir Spasic graduated from the Faculty of Economics in Belgrade, majoring in accounting, finance and internal audit. He started his banking career at Alpha Bank, where he worked as a Manger of Reporting Sector. He joined Societe Generale Bank in 2010 as Senior Financial Control Specialist. From 2012 to 2014, he worked as Head of Financial Reporting, and subsequently as Data Quality and Project Department Manager. Since 2015 he started new role at the position of Financial Control Department Manager. In December 2017, Branimir was promoted to the Executive Finance Director, which he continues to do today. He will take on the new role of Member of the Executive Board for Finance within the new integrated bank. During his career, he has led a number of projects: he designed the FTP tool, participated in the preparation for BI, increased the transparency of financial processes and contributed to a better knowledge of the finances of colleagues in all parts of the Bank. Branimir was one of the key contributors to the due diligence processes and acquisitions of KBC and Alpha Bank, as well as market analysis projects, and played a particularly important role in the OTP acquisition process.

A team of professional online bankers is at your disposal every working day from 8 am to 6 pm and on Saturday from 9 am to 1 pm.

Find out more
Back to top